Bollywood actress Kareena Kapoor Khan is an avid social media user. She has been using her Instagram platform to spread awareness and help people in need during these tough times. Bebo, who keeps treating her fans with stunning posts, shared a refreshing picture of herself on Tuesday. The actress took to Instagram Stories and shared a post-trek selfie. “Beautiful trek done,”she captioned it along with check mark and heart emojis.

In the photo, Kareena was seen donning a navy blue athleisure, with her hair neatly tied back. She opted for a no makeup look, which appeared to be positively glowing. 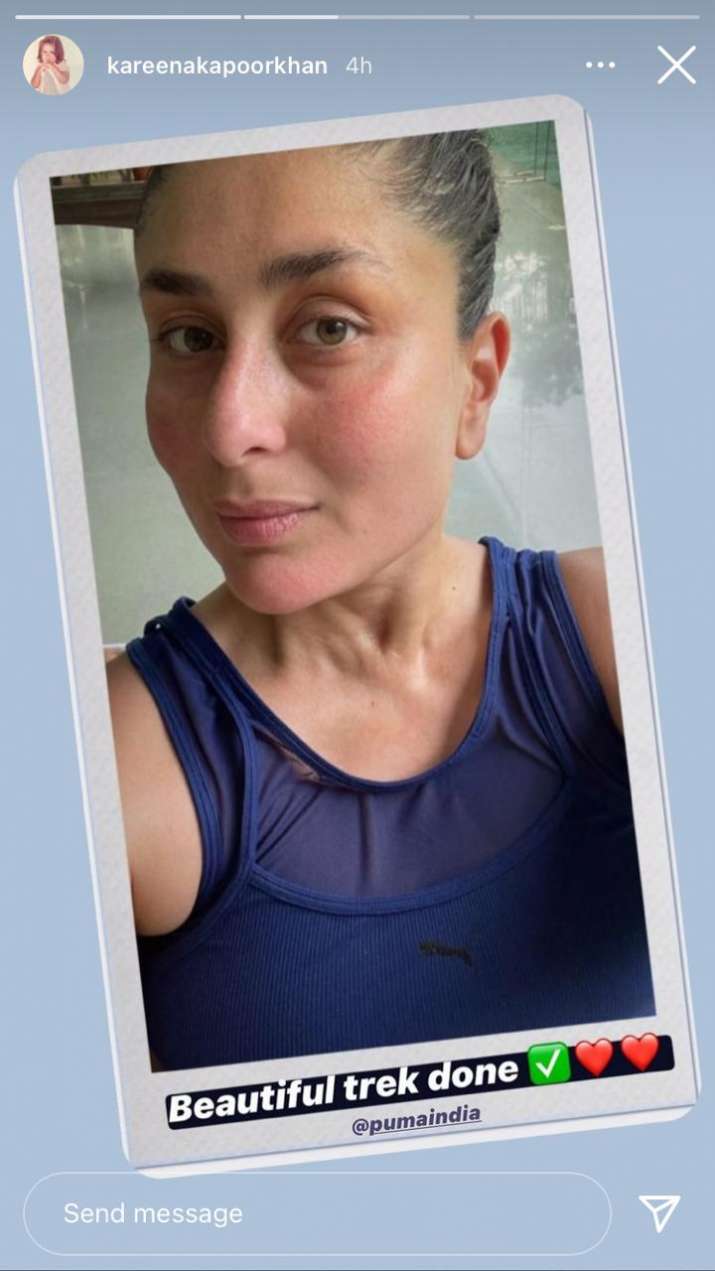 There’s no doubt about the fact that Kareena Kapoor Khan is a stunner. Her sartorial choices are impeccable and the actress knows how to make heads turn. She keeps treating her fans with stunning posts.

Recently the diva shared a valuable information with her fans and followers to keep them safe amid the second wave of Coronavirus. Kareena’s post talked about three factors to help one make safer choices when they are in an area of widespread COVID-19 transmission. Taking to the photo-sharing app, Kareena wrote, ‘Safer choices for a healthier and safer tomorrow.’

The actress will next be seen alongside Bollywood superstar Aamir Khan in the upcoming film “Laal Singh Chaddha”. The Advait Chandan directorial is an official adaptation of the 1994 Hollywood hit “Forrest Gump” starring Tom Hanks, and is set to release later this year.

Apart from this, Kareena is also a part of ace filmmaker Karan Johar’s period epic ‘Takht’.