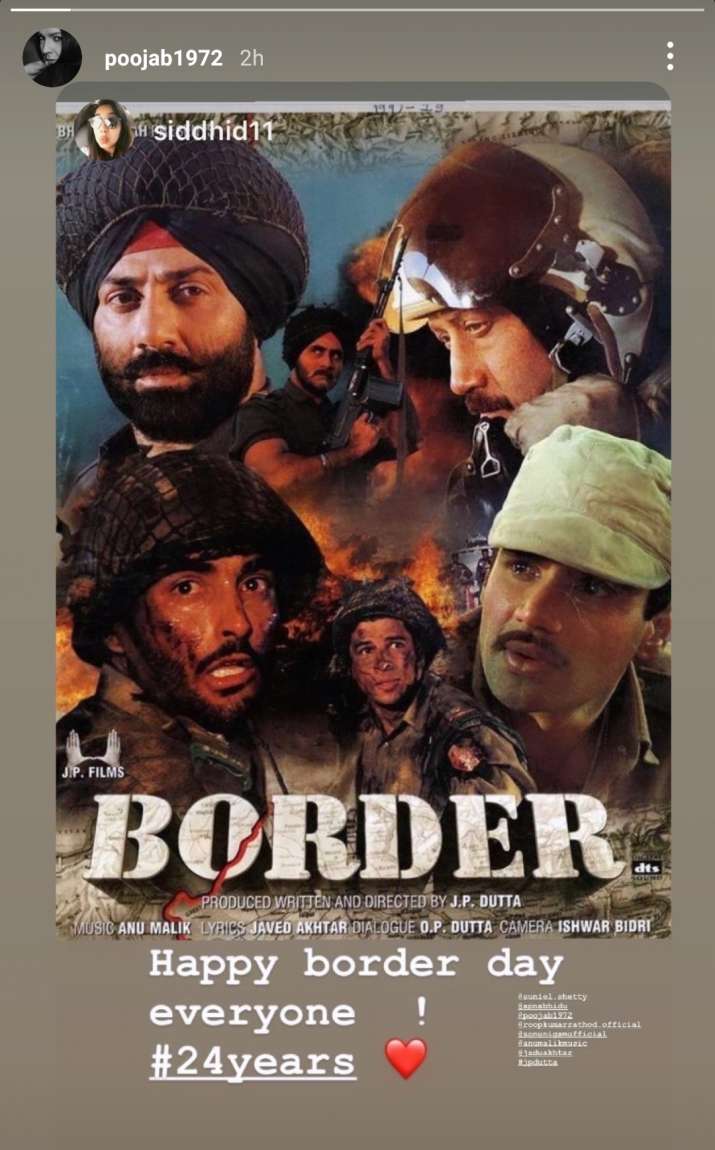 “Happy Border Day everyone. This day belongs to every Indian.. and the patriotism inside each of us…and the team that showed us just how much of it we had in our viens,” Nidhi wrote, tagging the cast of the film. 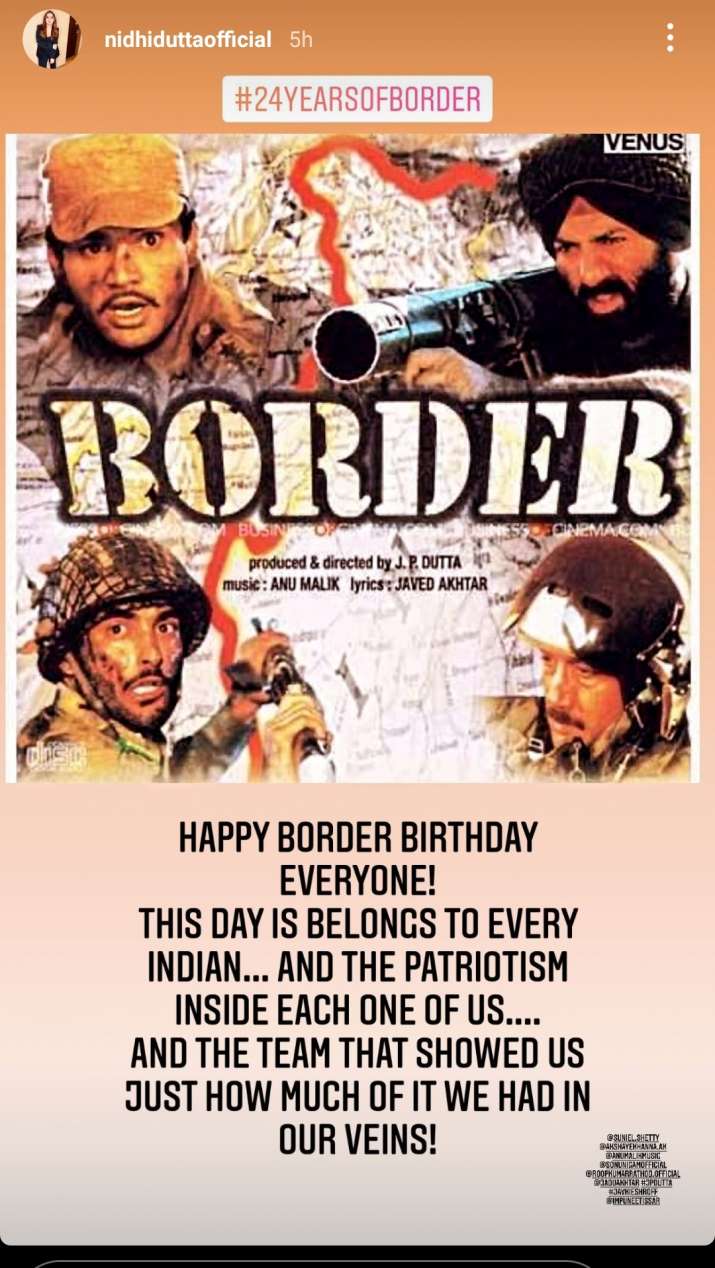 Suniel Shetty has re-shared Nidhi Dutta’s post on his Instagram Story. Not only for the plot and actors’ incredible performances, the movie also won millions of hearts for its beautiful musical score.

Roopkumar Rathod and Sonu Nigam’s song ‘Sandese Aate Hai’ was a major hit. After ‘Border’, J.P. Dutta did not stop making war-based films. He came up with ‘LOC Kargil’ in 2003 and then ‘Paltan’ in 2018.