Bollywood actor Amitabh Bachchan has resumed the shoot of his upcoming film Goodbye. On Sunday, on the occasion of Father’s Day, the actor received a pleasant surprise from the star cast of the film. Actors including Rashmika Mandanna and Elli Avrram surprised Big B with a cake and a bouquet of flowers to wish him on the special day. Big B took to his blog to share heartwarming pictures of the surprise. He can be seen wearing a mask in the photos while Rashmika and Elli can be seen flashing big smiles.

Talking about the surprise, Amitabh Bachchan wrote, “and the day has been filled with some old time memories with the Director and the cast and crew of the film .. who as you can see have taken the Father’s Day somewhat seriously and come together just as I leave to wish , and to generously gift me a cake and the bouquet of flowers.”

The actor also thanked his fans for sending wishes on Father’s Day. He said, “Each day is Father’s Day but the barrage of messages and attention drawn to the importance of it has somewhat coerced me to give cognisance to the moment.. As you may have observed that the cast family do look like I be the Father figure .. hence the generous gesture.. But thank you all that send messages in greeting and since there is a mountain of responses to give, I beg forgiveness and wish all from this platform my gracious thanks and gratitude for your love and attention and care .. my soft and loveable colleague on four legs and all”

Check out the pictures here- 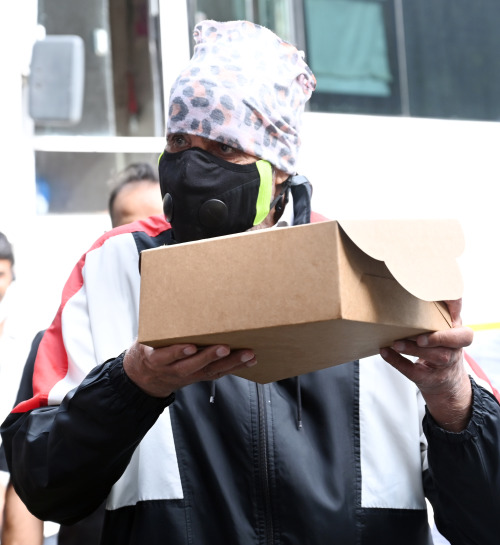 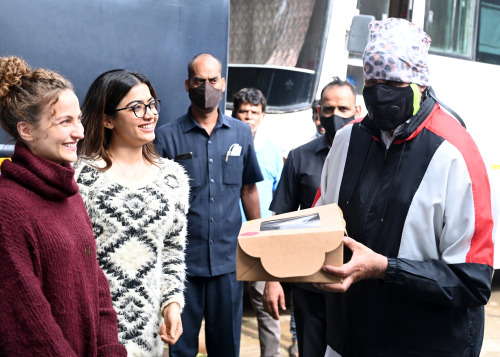 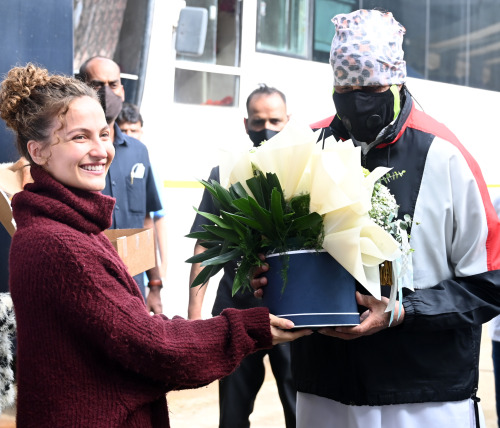 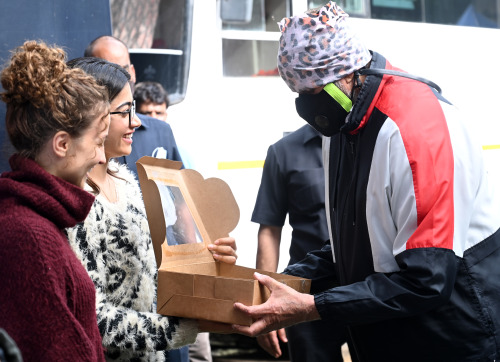 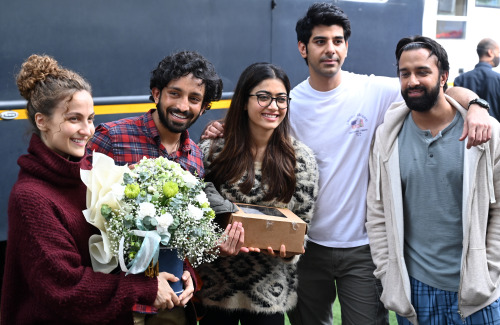 Amitabh Bachchan also shared a picture of his favorite co-star on the sets of Goodbye. Sharing a picture with a dog, he wrote, “my co-star at work .. when he’s on set the whole atmosphere changes .. that is why they are man-woman’s best friend.” Revealing more about him, Big B wrote in his blog, “His trainer trains him for film shoots and it is a delight to see him perform .. no different from a human artist that knows his cues and most importantly the ‘facings’ .. the facings being, knowing where the camera is and making sure that he faces it, so he is seen.”

He added, “A small squeaky plastic duck is his attention seeker gadget .. pretend that it has been placed where he needs to come in and sit or perform and he shall land up there on the dot .. searching for the little duck, even if it is hidden inside your pocket .. he shall nose his way through and pull it out .. obediently.”

On a related note, Goodbye will be Rashmika Mandanna’s second Bollywood film, her Hindi debut being Mission Majnu with Sidharth Malhotra. Talking about working with big B, she said, “Initially when I read the script, it was just about the script because nobody told me anything about who was going to be cast beside me! I liked the script and later I was told that, Bachchan sir would be in the film and I was like, ‘wait, come again. what?!’ It sounded too good to be true and I thought someone was playing a prank.”

The actress made her acting debut with the 2016 Kannada film “Kirik Party” followed by the Telugu debut “Chalo”. She recently entered the Tamil industry with “Sulthan”.

Amitabh Bachchan’s upcoming slate of work includes a string of films. He has “Brahmastra”, “Chehre”, “Jhund”, “MayDay”, “Goodbye” and a remake of the Hollywood film “The Intern” coming up, besides an untitled film with Prabhas and Deepika Padukone.